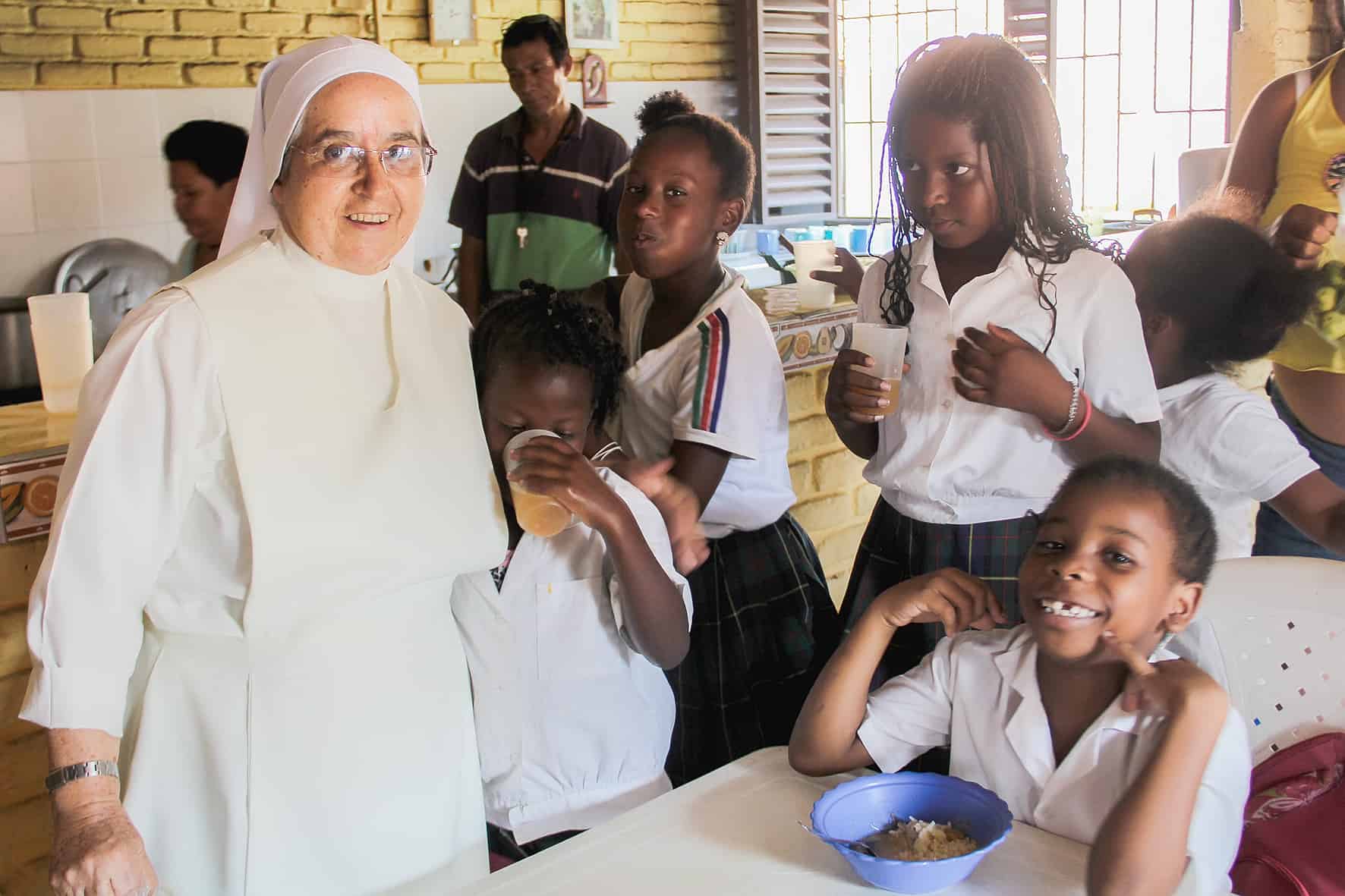 Saint Basil Coffee donates all proceeds from its sales primarily to missions in Latin America and Africa. This blog post describes the work accomplished by some of the missions of the Basilian Fathers that benefit from Saint Basil Coffee’s aid.

Basilian Missions Lift People Out of Poverty with Food, Medicine and Skills

In the large city of Medellin, Colombia, tucked in the steep hills where poverty rules, dwells the Parish of St. Basil. This parish functions in typical ways: The sacraments are celebrated; communities study scripture in neighborhood homes; and catechism is taught. Beyond these normal parochial functions, there is a “comedor,” or dining room, where hundreds of people are fed a hot meal. The parish also provides a medical clinic and two workshops to train young people in a trade (woodwork and sewing) to get them off the streets and away from the drug trade and prostitution.

The mission in Medellin is just one of the many missions run by priests of the Congregation of St. Basil, also known as the Basilian Fathers. Since I was elected to the General Council of the Basilian Fathers five years ago, I have had the privilege of working with our Basilian missions in Colombia and Mexico. We have some wonderful men working in these missions: Basilian Fathers (some from Canada and the United States, others native Mexicans and Colombians) and those in formation, alongside so many wonderful and dedicated lay collaborators. It is difficult to summarize the blessed ministries occurring in these magnificent countries.

Along with the mission in Medellin, other ministries in Colombia that receive contributions from Saint Basil Coffee include the Basilian missions in Cali and Bogota. Bogota hosts our house of formation, Casa Annonay, which is a short walk (up a steep hill) from the government buildings and Cathedral of this capital city. Our Basilian ministries in Colombia focus primarily on serving those who suffer the effects of poverty; thus, our novices and seminarians are formed along these lines as they study, pray and learn.

In the equally large city of Cali, poverty attempts to destroy the well-being and happiness of so many of God’s children. Almost 30 years ago, the Parish of Our Lady of the Assumption established a school, serving students from kindergarten to 11th grade. There, the students find a loving educational community that offers a strong academic program, which for several decades now has been a means to pull young people out of poverty and toward a stable and happy life.

Historic Parish in Mexico Continues to Serve the Community

Several thousand miles to the northwest, in the medium-sized city of Tehuacán, Puebla, at a parish that has existed for centuries, God’s People worship, learn and minister to one another at the Parish of St. Lorenzo. Ordained Basilians and those in training collaborate with their neighbors to meet the needs of those who suffer unjustly the effects of a society that does not treat everyone as equals.

I could go on for hours describing the wonderful things that go on in the midst of poverty, injustice, crime and human exploitation in these areas. The generosity of those who enjoy Saint Basil Coffee goes a long way in helping wonderful people, especially young people, who are filled with hope and the potential to make the world a better place.

To contribute to our mission efforts, purchase Saint Basil coffee today and be a part of making a difference.